Best of all, all the software we mention is free, meaning anyone who has a digital device can easily do it. Let’s cut to the chase!

Choose Your Platform and Tool for the Job

Picking the right editing tool is half the battle. If you’re mostly on the move, a mobile app might be your best bet. If you have access to desk space, a laptop or desktop computer is the best way forward. Let’s have a look at some of the most popular free software solutions that can merge video footage from different sources, depending on your device type.

Below you’ll find concrete, platform-specific suggestions for apps that can merge multiple videos to one file. What they all have in common, apart from being free, is that the process is dead-simple. Just click ‘File’ and then Import media, and place the clips on your timeline. You can even drag and drop the single video and audio clips straight in from a folder or SD card on a laptop or desktop.

Windows users can use Shotcut, which is a free, open-source video editor. Since it’s cross-platform, it actually runs on both Windows, Linux, and Mac. If you’re looking for free software to edit your videos on Windows, Shotcut is your best bet right now. Of course, there is also Windows Movie Maker, although it has not been updated since 2018.

Mac has a pre-installed entry-level editing software known as iMovie. It’s very intuitive and easy to use and works on desktop, laptop, iPad, and iPhone. While iMovie is relatively basic, it is entirely capable of merging multiple video clips together. If you’re a Mac user, you also have Garage band, which allows for editing audio files, recording, and even producing music from scratch.

By the way, it is entirely possible to run multiple operating systems on one computer. By installing, for example, Ubuntu Linux and Windows, you can choose which one boots up each time. This way, you can have the flexibility of Windows programs and the security benefits of Linux.

iPhone and iPad video editing is a breeze, thanks to iMovie being free in the App Store. However, Adobe Premiere Rush also allows for effortless editing on your iDevice. Both apps let you merge video clips in just a few taps.

Android users have several options as well. For example, the app InShot allows for quick video clip merging in no time. It can edit photos and audio, too. Alternatively, Premiere Rush from Adobe also runs on Android devices.

Both Windows and Mac users can also download Wondershare Filmora entirely cost-free. The free version adds a watermark to the output file, but the full version is only 70 bucks one time or 45 dollars per year. Aside from the watermark, the freebie has full functionality.

Do you know how to transfer video files from your computer to your iPhone? We’ve got you covered there in another post.

Sometimes, users just need a quick merging of video clips without purchasing, installing, or learning any new software. In this case, it might be a good idea to use an online-based video merger such as mergevideo.online.

Alternatively, Pixiko also has a purely web-based video-joiner that works like a charm.

Lastly, veed.io has a similar cloud-based video merging solution that can stitch together your discrete video clips in no time.

Although there is a deluge of web-based solutions to merge multiple clips, we recommend installing at least basic editing software. At least, if you’ll need it on more than one occasion. This way, you can stay productive even when offline. You also get added features and flexibility.

When joining together more than one audio and video source to a final output file, we need to be mindful of a few things:

Firstly, our video clips need to have the same aspect ratio. This is easily fixed by using the crop feature. The most common and optimal aspect ratio for YouTube is 16:9. However, depending on the use case, the final video might have to be 4:3, 2:3, or even 1:1.

24 frames per second is the magical number where the individual frames become fluid motion in the eye of the beholder. Thus, 24p is a good number for cinematic work and anything that needs to look natural. However, high-speed subjects might require higher frame rates to stay sharp while in motion. Remember to pick the right frame-rate when choosing your output format upon exporting the file.

When dealing with multiple footage sources, we have to make them appear similar in tone and color. This way, it’s easier to get away with editing video clips with different resolutions on one timeline. Even if the frame rate and resolution might not be the same, the eye is tricked due to the similar temperature, look and feel throughout the clips.

With some color and light adjustments, even smartphone footage can somewhat pull it off, side by side with high-quality cinematic video shot on a mirrorless or DSLR camera.

If you want to take things a step further, it’s possible to color grade the mixed footage in a similar way to make it look even more cohesive. By applying the same processing, including proper color-grading and LUTs to the already similar looking clips, they become practically indistinguishable from one another.

It’s a smart idea to save the editing presets. This enables us to quickly apply the same settings to every video file captured on the same device.

4. Get the Best Possible Result When Exporting the Merged Video

It’s essential to keep the target medium in mind here. If your footage will appear in an Instagram post or IGTV, a lower overall resolution is perfectly acceptable. However, suppose the final result is intended for a color-calibrated 4 or 8K monitor. In that case, low-res footage might end up looking not too great.

As a rule of thumb, if you’re dealing with clips in, say, 1080p and 720p, respectively, you’d be best off exporting the merged clip in 1080. However, the 720 footage will not get an upgrade. Instead, everything will simply look as good as possible, considering the quality of the original clips.

If we export the final merged clip in 720, the resolution of the 1080 clips will drop. Still, the overall level of detail will now be the same throughout. The same logic applies to 4K and 1080, etc. The more significant the difference in resolution, the more obvious it becomes. Keep this in mind when merging video clips.

Suppose some of the clips have a terribly low resolution relative to the rest. In that case, it might be best to avoid those altogether, depending on the project type. In some use cases, such as documentary and art, technical quality can play a lesser role.

Now that you know how to mix different video type footage sources let’s see how to export the merged clip to look as good as possible.

Ensure that the exported file is in a quality similar to the highest quality clip you’ve used. The easiest way to get this right from the get-go is to import the best quality clip first. Then, load the others into the project. This way, the project settings should be at the optimal level from the start.

Evidently, there is no shortage of free and cheap video editing software that can merge your different video clips. No matter what device you’re using, the tools and options are abundant as ever. Remember to match your footage by color and aspect ratio, and you’re half-way there.

Once you know how to properly mix different video type footage sources, all kinds of unrelated footage can be combined convincingly and easily. This enables for better, more cohesive storytelling and an overall more professional look to the whole production. 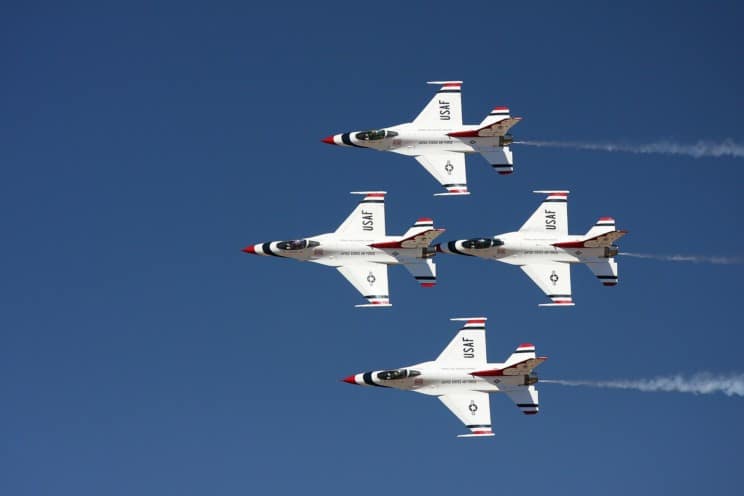 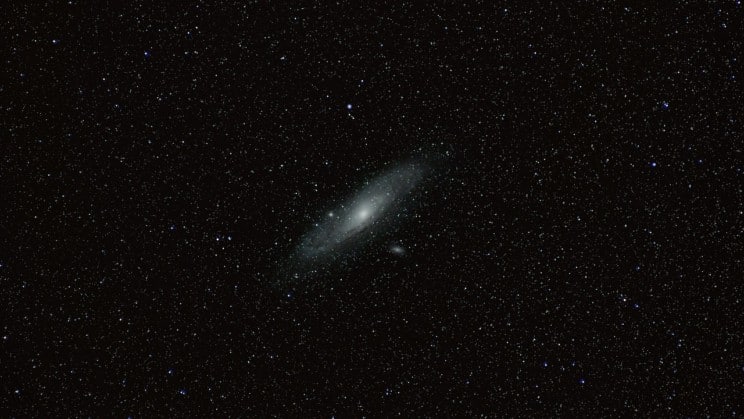 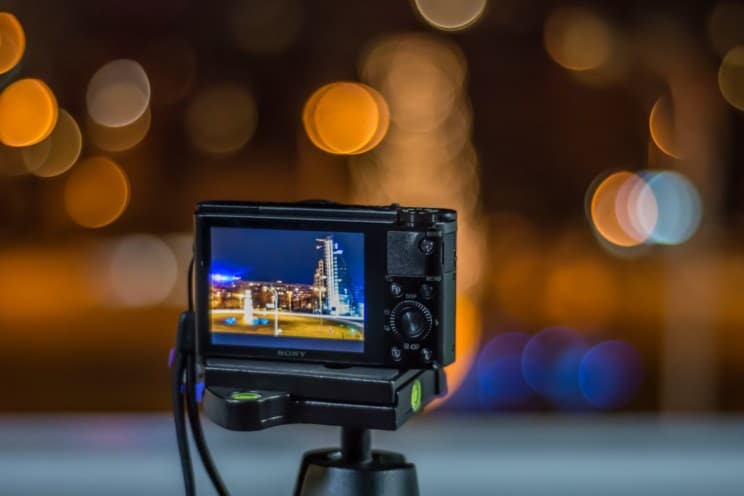 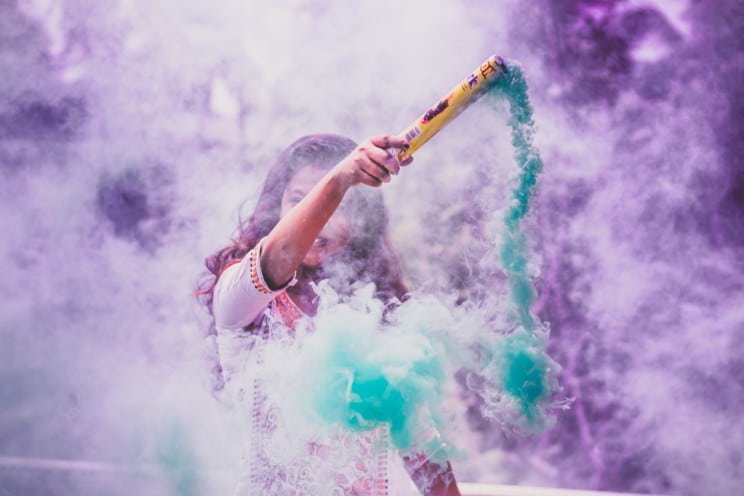 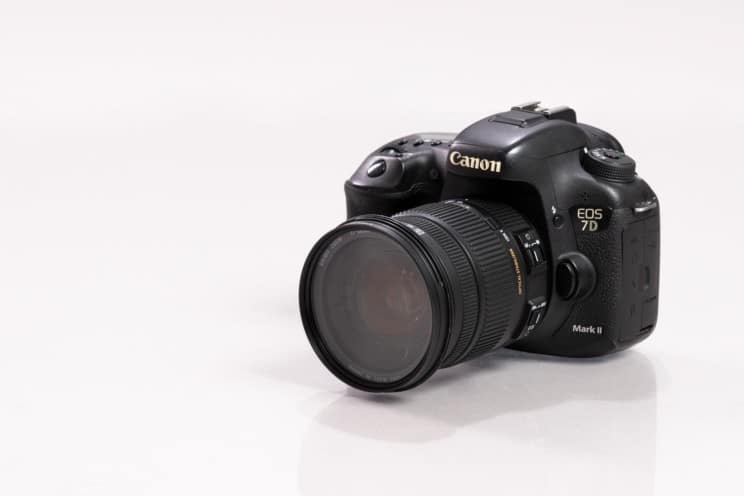