What’s the Panasonic Lumix S1H all about?

According to the official product page. 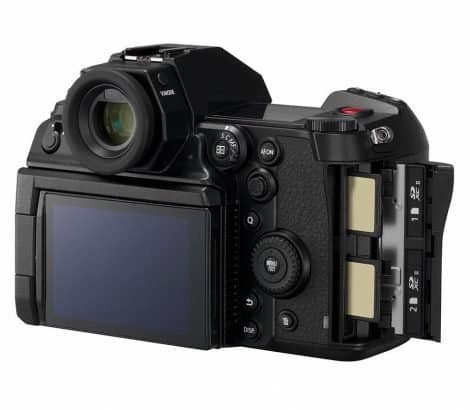 The Panasonic Lumix S1H costs way more than the S1, so it comes as no surprise that it features a more impressive body design and build quality. It packs a thicker body which adds to the overall weight making it a lot heavier than the S1. The extra thickness allows for more room on the top plate for a wider status panel. There is not much difference with the control buttons and dials on the panel except for a big and very obvious [REC] button on the top area of the device. Overall, you still get the same control options including an OLED EVF with a 5.76M-dot display.

Perhaps the main feature that distinguishes the S1H from the S1 is in its screen area. Here, you will find the same 3.2-inch LCD monitor with 2.33M dots, but, this time, you get a tilt free-angle display that you can flip forwards and sideways.

Moving on to the video interface, you’ll see a lot of changes here that are not best suited for a photographer. This is because the Panasonic Lumix S1H was designed for videographers. That’s why instead of shutter speeds and aperture settings, you’ll find shutter angles and iris settings.

Another distinguishing feature in the design is its slot area. Rather than SD/XQD slots as in the S1 and the S1R, the S1H features dual SD card slots compatible with V90 cards.

The S1H is fitted with video frame markers and masks, luminance spot meter, zebra displays, improved video scopes, and an all-new video settings menu not seen in the S1.

In the video settings menu, you can do much of everything there. You can set resolutions options, variable frame rate, hybrid log gamma, codec, and frame rate till you get just the combination for your shoot. The video display settings are a bit crowded but it does allow for easy adjustments too.

On the screen, you will find all the important functions; mostly core settings like shutter, frame rate, gamma, iris, ISO/gain, etc. To make adjustments, all you need do is to tap on the screen.

The Panasonic Lumix S1H’s main selling point is its ability to capture 6k video in a 3:2 ratio at 24p and 10-bit quality. This can also be achieved in 5.9k in a 1:9 ratio at 30p/25p/24p. While the S1H does provide exceptional video quality, it doesn’t particularly produce 6k videos. Instead, its 6k video capture feature is aimed at providing an extra cropping area for 4k output editing. An upcoming firmware update will allow raw video output.

You can also make full-frame 4k video capture at speeds of up to 60p with this camera. For speed recording, you can use the 60fps capture and playback. There is also a 30fps playback for a 2x slow-motion capture.

Wrapping up is the Dual Native ISO feature. Depending on the ISO setting, the S1H can switch between noise control options offering the best image quality at the highest ISO settings. 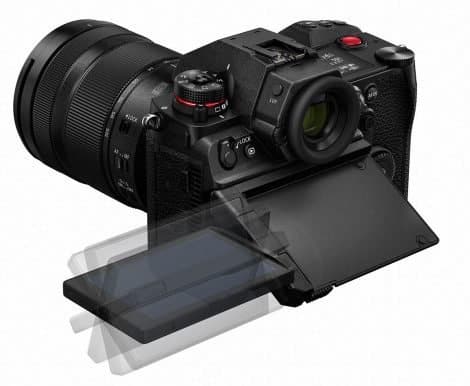 While it packs the same 24MP CMOS sensor as the S1, the Panasonic Lumix S1H does pretty well for video recording. Though there is not much difference between both models when used for still photography. It still features the same contrast-based DFD AF system that is very uncertain in lower light conditions. Nevertheless, this camera does have a lot to offer, especially if you’re a videographer or cinematographer.